I wanted to create a rich, satisfying brunch dish that has all the flavor of a hash brown-topped sausage, egg and cheese bake…using only healthy, plant-based ingredients. This fits the bill. If you don’t have a stand mixer, use a hand held electric mixer to scramble the tofu mixture until (including) adding the vegan cheese; then hand stir in the remaining ingredients with a sturdy spatula or wooden spoon.

Mix the cumin and salt for the hash browns in a small prep bowl. In a medium mixing bowl, stir the oil and seasonings to coat the hash browns. Set aside.

In another small prep bowl, mix all the dry seasonings for the casserole and set aside.

Cook the vegan sausage in a pan or grill according to package directions, let cool, then chop into bite-sized pieces.

In a medium mixing bowl, combine the chopped bell pepper, jalepeños and onion. 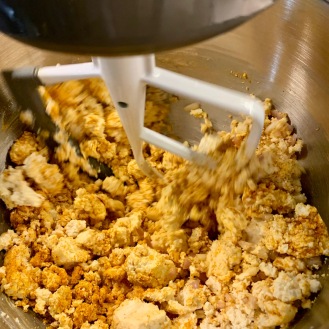 Add the cheese and blend on low-medium speed until well combined.

Spread casserole mixture into the prepared baking dish, then top with the hash browns. Cover with foil, leaving a vent for steam to escape. Bake on center rack of oven for 25 minutes, then remove foil and bake uncovered 35 minutes, using convection bake setting at 425ºF if available, or until hash browns begin to turn brown and crisp. 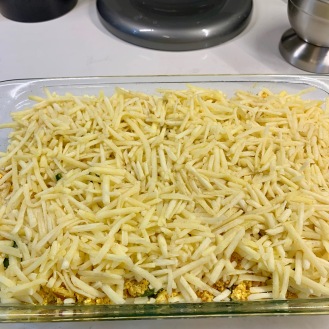 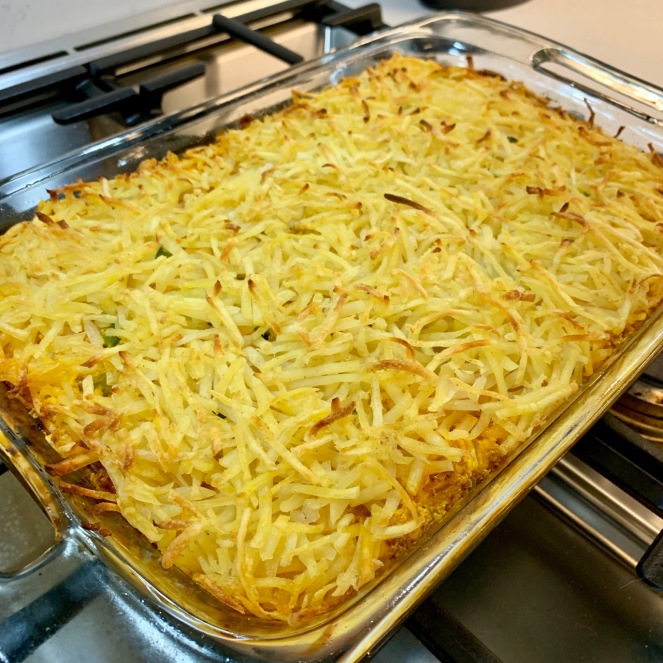 Allow casserole to cool and set up – at least 20 minutes, then cut into squares and serve hot.  8 to 12 servings; reheats well if leftovers are kept refrigerated and tightly covered, up to 3 days. Good with salsa on the side.